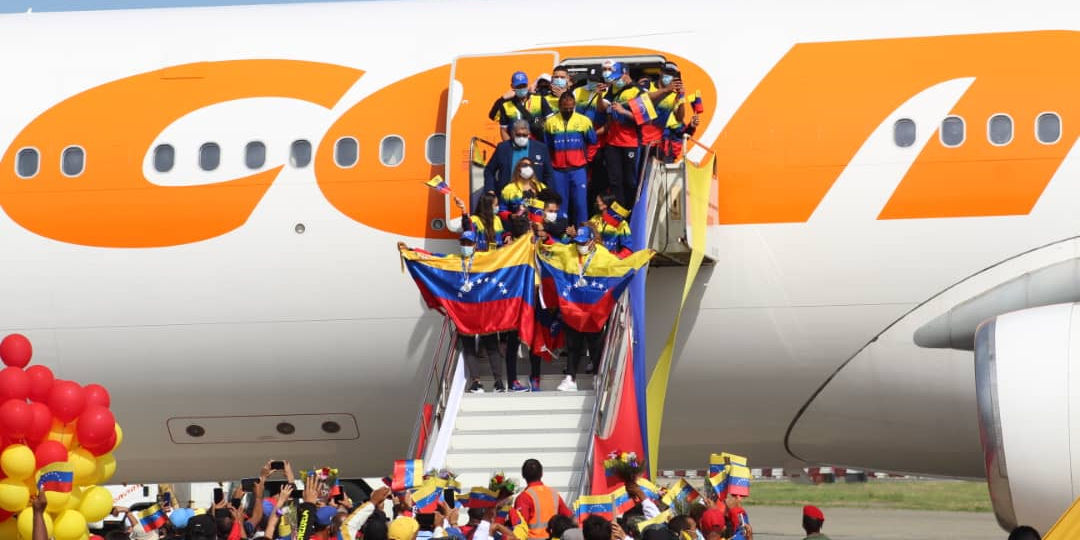 In 1936, four gold medals won by Jesse Owens dealt a big blow to Nazism in Berlin. The myth of Aryan superiority was shattered by an African-American athlete whose hand Hitler refused to shake, but who wasn’t invited to the White House either. Later in 1968, a year marked by popular uprisings, the stage was the same Mexico City which few weeks earlier had witnessed the massacre of Tlatelolco, against student activists. There, Tommie Smith and John Carlos, two U.S. medalists defiantly raised their black-gloved fists during the national anthem, a gesture associated with the Black Power movement. Smith stated: “If I win, I am an American, not a black American. But if I did something bad, then they would say I am a Negro. We are black and we are proud of being black. Black America will understand what we did tonight”.

The fact that the Olympics are meant to take place “in a spirit of friendship, solidarity and fair play” does not depoliticize them, on the contrary, it is an important moment where the world’s attention are on the athletes and their realities, which are also impacted by politics throughout the world. In 1976, 26 African countries decided to boycott the Montreal games when it allowed the New Zealand rugby team to play, after touring South Africa, a country banned from the Olympics because of the apartheid. It was a big statement that shed light on the South African situation. In Tokyo, Algerian wrestler Fathi Noreen announced his withdrawal in rejection of today’s apartheid policy carried out by Israel against Palestine. Noreen withdrew at the possibility of facing an Israeli competitor stating: “My withdrawal is in support of Palestine. My position is firm. I reject normalization in all its forms, even if it cost me that absence from the Olympic Games, God will compensate us”.

The latest attack on the Cuban Revolution under the slogan of “Patria y Vida” [Fatherland and Life], found its way to the Tokyo games. When Cuban dissident and naturalized Spaniard, Emmanuel Reyes, threatened to beat Julio César La Cruz from the Cuban national team, but was knocked out instead, voices from the crowd shouted the right-wing slogan only to be met by an energetic reply: “Not Fatherland and Life – Fatherland or Death, we will overcome!” La Cruz’s cry was the expression years of pride at being at the forefront of victories in Latin American sports due to the efforts of the Cuban Revolution and despite all sorts of obstacles and blockades. He was moved by the same feeling that moved Mijaín López, four-time Cuban wrestler, to dedicate his latest medal to Fidel Castro. The current sports achievements in both Cuba and Venezuela are simply the result of public policies of both revolutions.

That is why a similar sense of pride and gratitude prompted Julio Mayora, the Venezuelan weightlifting silver medalist, to publicly dedicate his medal to President Hugo Chávez on the 67th anniversary of his birth.

This revolutionary pride is inspiration for a nation in resistance and is precisely the target of deliberate attempts at weakening collective morale. Fencing champion, Alejandra Benítez, for example, was not granted a Canadian visa due to her past as a member of parliament and Minister of Sports under the Bolivarian Revolution, therefore missing her chance at classifying for the Tokyo games.

A Venezuelan boxer, by the name of Eldric Sella, misleadingly claimed to be a “refugee” in order to compete as part of the Refugee Olympic Team and exploit to the claim that Venezuela has a refugee crisis. Nevertheless, at the end of the games, Venezuela can boast its best Olympic performance ever with Yulimar Rojas’s gold medal and Olympic and world records for long jump plus three other silver medals, as well as several diplomas. Venezuelan pride and morale is intact – crowds and even the military Sukhoi air fleet greeted the “golden generation” of athletes on their return. ¡Venceremos!