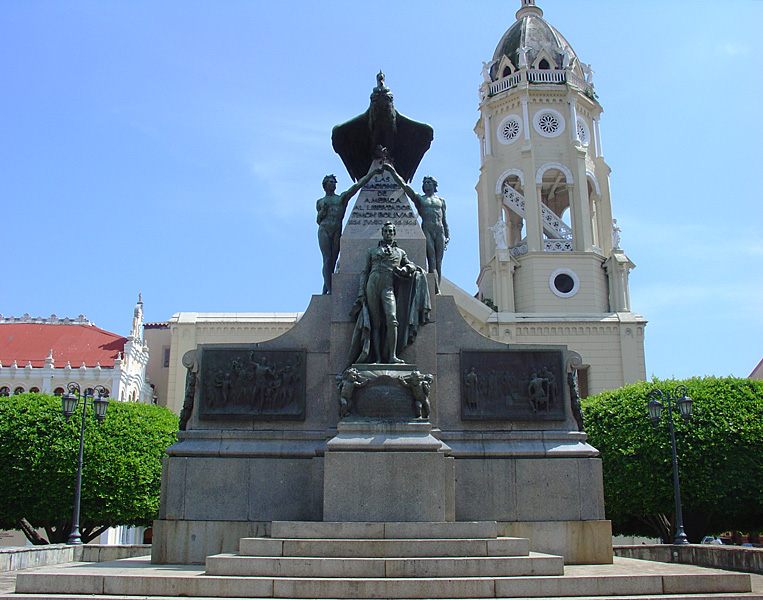 July 15 marks the 195th anniversary of the last session of the Amphictyonic Congress of Panama, an initiative by Simon Bolivar to give structure to the unity of the nations that had recently been liberated from Spanish colonialism. The Congress, which began on June 22, was the first decolonized attempt at regional integration and unity. This historic meeting also marked the beginning of many attempts by opposing imperial powers to promote divisions among the Latin American countries. These attempts kept our nations divided and weakened by internal confrontations.

In his letter from Jamaica in 1815, Simon Bolivar envisioned the need for a congress to promote and establish unity among the former colonies. He would go on between 1820 and 1825 in this important effort. He constantly wrote to patriots and liberators in Mexico, Central America, Chile, and Rio de la Plata, inviting them to a Congress that would shape regional unity. Bolivar writes a famous invitation as President of Peru on the eve of the historic victory at Ayacucho by Antonio Jose de Sucre. This victory seals South American independence from Spain and Bolivar then convenes the governments of the Republics of Colombia, Mexico, Rio de la Plata, Chile and Central America to gather at a Congress in Panama, a strategic location equidistantly placed between the North and South of the continent, chosen by Bolivar to play a role similar to what the Corinthian isthmus played in Amphictyonic League of Ancient Greece.

Therefore, the Congress of Panama was not the product of improvisation but rather an essential part of the emancipation process as conceived by Bolivar. It was met with resistance from those who feared the tremendous political, economic, and military potential of a federation of republics with vast resources and a coherent project. Maintaining unity to sustain independence was central in Bolivar’s vision. Equally central was the acknowledgment that there were enormous threats to independence. Spain plotted to reconquer the independent republics with the help of the Holy Alliance. Great Britain intended to control the new colonies, and the United States wished to incorporate them into their territory. Thomas Jefferson wrote in 1786 “Those countries cannot be in better hands. My fear is that they [Spain] are too feeble to hold them till our population can be sufficiently advanced to gain it from them piece by piece.”

Two representatives from each republic were expected to participate. The agenda included, among other topics, the following: to decide support for the independence of Cuba, Puerto Rico, the Canary Islands, and the Philippines; organizing a set of international law rules; the abolition of slavery in all of the confederated States, and a joint military force to defend the republics. The Bolivarian agenda for the region, therefore, went beyond commercial treaties. It sought to fulfill the independence of Spain’s remaining colonies and abolish two systems that had no place in a newly emancipated region: monarchy and slavery. Unity was to be achieved by commercial and military integration and establishing a supra-national parliament.

Divisions, distrust, and localized rivalries prevailed. Borders disputes between the new republics could not be settled. Foreign powers, like Great Britain and the United States, took advantage of the divisions: While the republics couldn’t agree on tariff agreements among themselves, Great Britain –who had been invited as an observer – came out with individual arrangements with the different governments; meanwhile, the United States, invited under pressure from Santander in Colombia, despite Bolivar’s initial objection, lobbied against supporting new wars against Spain for the freedom of its remaining colonies in the Caribbean.

The Amphictyonic Congress of Panama remains highly relevant today, not for its very limited outcome but rather for the scope of its original agenda. In several weeks, the Community of Latin American and Caribbean States (CELAC) will hold its VI Summit of Heads of State and Government in Mexico. Far from the ambitious Bolivarian agenda of 1826, CELAC still has the potential of creating spaces for concrete cooperation in a continent still plagued by political mistrust, interventionism, and fratricidal divisions. But the political context of the region is changing, and popular movements are making steady advances that allow us to be hopeful for a new level of integration and unity in the face of the challenges posed by the pandemic and breaking down of the neoliberal project.