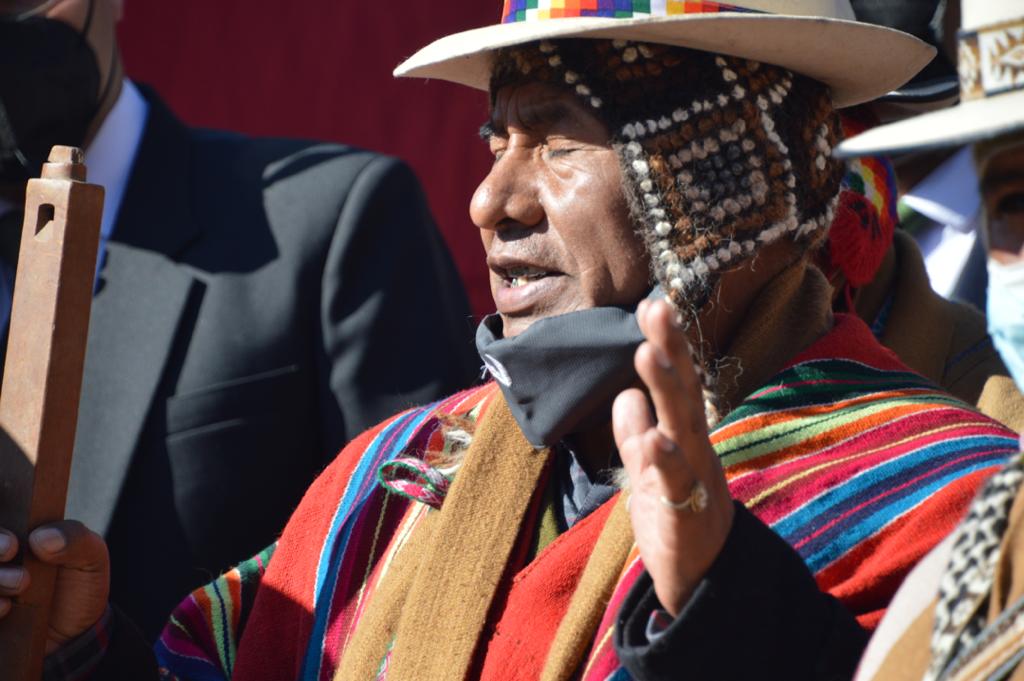 On April 22, people around the world celebrated the International Day of Mother Earth. Bolivia’s return to democracy has also meant a return to its leadership in the movement to protect Mother Earth. On April 21-23, a gathering called a Re-Encounter with Mother Earth took place in La Paz, Bolivia. At the same time, the U.S. Secretary of State Anthony Blinken was hosting another international climate summit. The messages, though, were quite different.

The Global North sees this crisis as another profit-making opportunity. While in Blinken’s summit, the likes of Bill Gates – the largest private owner of farmland in the United States – spoke of clean energy as an investment opportunity, the gathering in La Paz made an urgent appeal to change the current model of depredatory consumption and to take decisive actions against ecocide and in defense of the rights of Mother Earth.

If we take a comprehensive look at today’s climate crisis, we see that modern capitalist system is at its root. First, it imposed a system of consumption based on practices that weaken our ecosystems, such as the constant use of fossil fuels and deforestation. This, in turn, has led to rising temperatures and, therefore, to more climate disasters: floods, wildfires, heatwaves, droughts, and others. At the same time, the capitalist model of consumption also leads to social policies that weaken our capacity to respond in the face of climate challenges. The current consumption model has led to unequal development worldwide and the exploitation of some countries by others. Land accumulation, weak public institutions, and policies, the extreme dependence and burden on foreign debt, among others, reproduce poverty and make people even more vulnerable to confront natural disasters. Finally, the impact of war must also be considered. For example, from the beginning of the U.S. campaign against Afghanistan in 2001 until approximately 2019, the U.S. military must have released nearly 1.2 billion tons of greenhouse gases into the atmosphere. The business of war must also be drastically reduced if we hope for fundamental changes in the planet.

Therefore, the only way to address this climate catastrophe must address the effects of capitalism at its root. Bill Gates and the World Bank may recognize that change is needed, but neither will ever question capitalist consumption. Can we expect magical solutions from the same individuals and institutions that have thrived under this economic model at the expense of most of the humanity? “We need to place the life of the human being and the life of nature above profit,” said João Pedro Stédile from the International People’s Assembly at the Nature of the Crisis and Mother Earth panel in La Paz. Indeed, new technologies that decrease emissions are welcomed and needed, but access to them must be democratized, not imposed through unpayable loans and dependency-making development models. During his intervention in the Mother Earth summit, President Maduro stated: “Access to financing is necessary so that what happened with the vaccines does not happen with access to technology – they’ve been hoarded by few in the world.”

Finally, addressing climate change must indeed be a shared responsibility and not a new competition. During the conference, professor Sandew Hira warned that “Climate change is now part of the political struggle that America wages against China and Russia.” The peoples of the world cannot allow climate solutions to be dictated by the U.S. geopolitical agenda.

• This week, a key leader of the Bolivarian Revolution, Aristóbulo Istúriz, passed away, leaving us a legacy of commitment to defending Venezuelan socialism. A schoolteacher and union leader, he was known for his steadfast defense of workers during the days of neoliberalism and calling out the crumbling corrupt bipartisan democracy in Venezuela of the 1990s. He became the mayor of Caracas, and later under President Chavez, he led the campaign that, using the Cuban model, overcame illiteracy in Venezuela. He was also a key figure in the Afro-Venezuelan movement. He held important government positions during his life – among them, Executive Vice President, Governor of Anzoátegui, and Minister of Education, a position he had at the time of his passing. On February 4, 1992, hours after the military rebellion that would mark the beginning of the Bolivarian Revolution, Aristóbulo said in Congress something he embodied throughout his life: “we conceive democracy without violence, but for democracy to not have violence, it must guarantee social justice, it must guarantee rights….”

• May Day celebrations remind us of the need for a stronger and more united internationalist working class. We commit to this struggle and remember the eight martyrs of Haymarket Square in Chicago in 1886, to whom we owe this commemoration: 3 journalists: Adolph Fisher, Albert Parsons, and August Spies; 2 typists: George Engel, Michael Schwab; 1 carpenter: Louis Lingg; 1 Textile Worker: Samuel Fielden; and one salesman: Oscar Neebe.

• On April 30, Venezuela’s “Doctor of the Poor”, José Gregorio Hernández, was beatified by Pope Francis. Long held as a popular saint, Hernández has become a symbol of kindness, selflessness, and caring for many Venezuelans. He helped poor patients during the pandemic known as the “Spanish Flu” in 1918. When Venezuela was blockaded by foreign powers at the onset of the 20th Century, Hernández was the first man in the Parish of Altagracia in Caracas to join the militia against the threat of foreign invasion.

• The Simon Bolivar Institute for Peace and Solidarity Among Peoples expresses its solidarity with the Colombian popular movements as they have been engaging in a national strike for several days and face the criminal repression of the Duque Administration. We hope that Colombians may soon lead their nation down a path of real peace and social justice.